1965: Bachelor of Arts degree from the University of Delaware in Newark, with a double major in history and political science and a minor in English.

1968: Graduated from Syracuse University College of Law with a law degree.

1972-77: Single parent to two sons, commuting on Amtrak 75 minutes each way between his home in Wilmington, Delaware and Washington, D.C.

1973-2009: U.S. Senator from Delaware, initially focussing on consumer protection, environmental issues, government accountability, and arms control. In his 6 terms as a senator, Joe Biden sponsored or co-sponsored 348 pieces of legislation that became law.

1981-97: Chairman or Ranking Member of the Senate Judiciary Committee for 17 years.

1986: Introduced his Global Climate Protection Act, one of the first bills aimed at addressing climate change.

1990s: Authored every major piece of crime legislation this decade, including the Violent Crime Control and Law Enforcement Act of 1994.

1994: Spearheaded the Violence Against Women Act, criminalizing violence against women and creating unprecedented resources for survivors of assault, which was followed by a 64% drop in domestic violence from 1993 to 2010.

1997: Led the Senate to approve ratification of the Chemical Weapons Convention.

1999: Co-sponsored the McCain-Biden Kosovo Resolution, which called on President Clinton to use all necessary force, including ground troops, to confront Milošević over Yugoslav actions in Kosovo.

2009: Implemented and oversaw the $840 billion stimulus package in the American Recovery and Reinvestment Act.

2010: Fought for Congressional approval of the Dodd-Frank Wall Street Reform and Consumer Protection Act, which inserted accountability into the financial sector and fortified the stability of the financial system.

2011: Led negotiations between Congress and the White House in resolving federal spending levels for the rest of the year and avoiding a government shutdown. Negotiated with Mitch McConnell to agree on deficit-reducing Budget Control Act of 2011.

2012: Headed the Gun Violence Task Force in the aftermath of the Sandy Hook Elementary School shooting.

2012: Negotiated a deal with Mitch McConnell that led to the American Taxpayer Relief Act of 2012, averting a fiscal cliff and implementing the largest middle-class tax cut in history.

2014: Served as the Obama administration’s emissary to Eastern European governments like Poland, Lithuania, and Ukraine worried over Vladimir Putin’s ambitions in the region.

My husband John lived by a code: country first. We are Republicans, yes, but Americans foremost. There's only one candidate in this race who stands up for our values as a nation, and that is @JoeBiden. 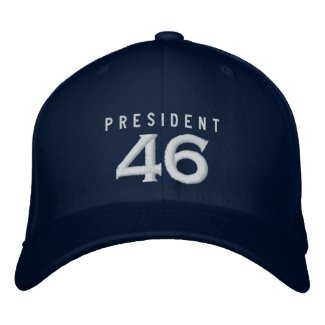 Promise Me, Dad: A Year of Hope, Hardship, and Purpose, by Joe Biden

Promises to Keep: On Life and Politics, by Joe Biden

Joe Biden: The Life, the Run, and What Matters Now, by Evan Osnos

The Book of Joe: The Life, Wit, and (Sometimes Accidental) Wisdom of Joe Biden, by Jeff Wilser

Joe Biden: A Life of Trial and Redemption, by Jules Witcover

Barack and Joe: The Making of an Extraordinary Partnership, by Steven E. Levingston

Where the Light Enters: Building a Family, Discovering Myself, by Jill Biden

Joey: The Story of Joe Biden, by Jill Biden